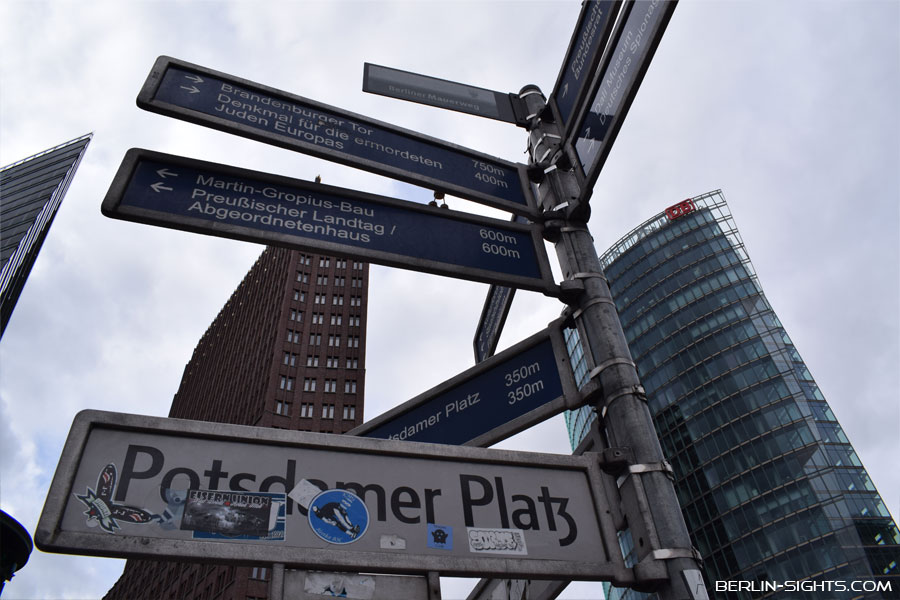 It is hard to imagine that a few years ago there was still a wasteland at Potsdamer Platz. Once crossed by a wall, the most modern skyscrapers and architecture are now here. Whether it’s the DaimlerChrysler Quartier, the Sony Center or the Beisheim Center, they all contribute to the new image of Potsdamer Platz. After reunification, the opportunity was successfully used to rebuild a complete and modern city quarter in the center of a metropolis. And the place has a lot more to offer. You will find some of the best must-see sights here. Here is a selection:

Film house in the Sony Center 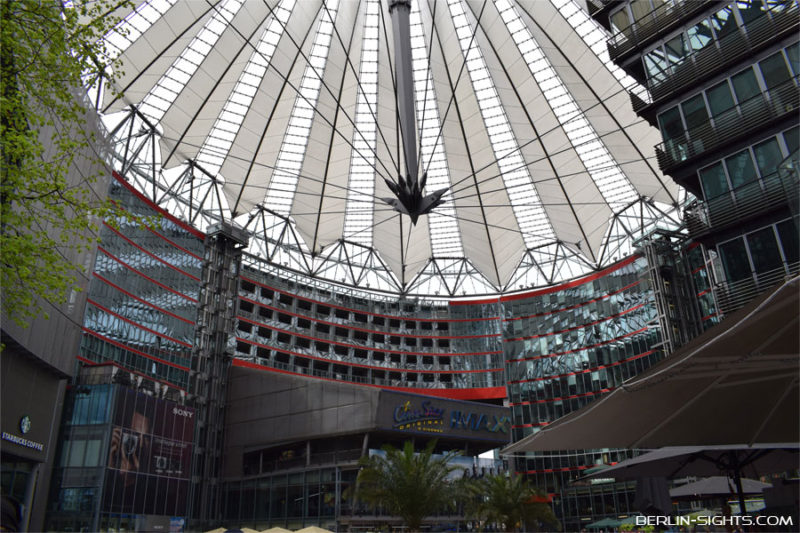 The world of Lego can be discovered in the LEGOLAND Discovery Center Berlin, right in the Sony Center. There is, among other things, a great 4-D cinema and entertaining and exciting rides. There is also the ultimate indoor playground with over 5 million Lego bricks to explore or discover many of Berlin’s famous sights that were built from Lego.

Panorama point in the Kollhof Tower

The Kollhoff Tower is located at the northern tip of the Potsdamer Platz district. It is named after its Berlin architect Hans Kollhoff. The building consists of 25 floors and has numerous restaurants and shops. At the top you will find the panorama point on the 24th and 25th floor with a combination of an open viewing platform, exhibition and sun deck as well as the panorama café. And it goes up very quickly: the Kollhof Tower has the fastest passenger elevator in Europe. It transports passengers at a speed of 8.65 meters per second.

Visit the Panorama point and experience the best view of Berlin and the television tower from a height of 100 meters. Take Europe’s fastest elevator to the 24th floor. Enjoy the great view from the Kollhoff Tower on Potsdamer Platz and see many of Berlin’s sights such as the Berlin TV Tower from above.

In the Museum for Film and Television Berlin you can experience film history. From the beginning until today and the myth about diva Marlene Dietrich you will find everything about film here. The museum, founded in 1963, has a particular focus on German film. For example, you will find estates from German actors and filmmakers such as Heinz Rühmann and, in particular, from Marlene Dietrich. In addition, you can expect drafts for Fritz Lang’s famous silent film Metropolis from 1927, a multimedia time tunnel in which visitors travel through East and West German television history, as well as changing special exhibitions from the history of film and television.

Boulevard of the Stars

It’s a bit like Los Angeles – the model is the famous Walk of Fame. On the Boulevard der Stars, artists from the German-speaking area around film and television are honored. The Boulevard der Stars stretches from Potsdamer Platz in the middle of the double-lane Potsdamer Straße to Ben-Gurion-Straße. It is a growing monument that is being expanded in both directions. Every year there are seven to ten new names on the boulevard near Potsdamer Platz. So you can always come back here and notice changes.

On the southern side of Potsdamer Platz you will find the Cultural forum with the Philharmonie, the State Library, the Picture gallery, the Decorative Arts Museum, the Musical instrument museum and the New National Gallery. Art and culture lovers will love the Potsdamer Platz.

On the octagonal Leipziger Platz you will find the Mall of Berlin shopping center, the Dalí Museum and the German Spy Museum. Leipziger Platz is directly connected to Potsdamer Platz.

Other Berlin sights nearby

Potsdamer Platz is easy to reach and is the linchpin for discovering Berlin. From here you can discover many of the city’s other attractions. Not far away you will find, for example, the Brandenburg Gate, the Prussian State Parlament and the Martin-Gropius-Bau. The Memorial to the Murdered Jews of Europe is also nearby.