With almost 8,000 animals on 160 hectares and around 1.5 million visitors annually, Tierpark Berlin is the largest adventure zoo in Europe. It is one of the biggest sights in Berlin. The zoo, founded in 1955, is located in the Friedrichsfelde district of Berlin, in the eastern part of the city. We will introduce you to the attraction with information and show you how to get a ticket for the zoo the fastest and easiest. 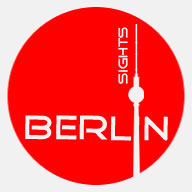 The zoo itself covers an area of ​​160 hectares, making it the largest zoo in Europe. In addition to the areas for the animals, the gardens are also included. For a visit, you should therefore plan a whole day if possible. The extensive park landscape offers something for young and old and is very varied. It’s worth it, I promise.

Animal facilities in the Tierpark Berlin

A special highlight in the Tierpark Berlin are the elephants. The zoo enjoys special international recognition for the breeding of African elephants. Visit these powerful animals in the pachyderm house, where you will also find rhinos and manatees.

In addition to the elephants, there are around 8,000 exotic animals from over 650 species in the park. Whether polar bears, crocodiles, malay bears, camels, giraffes or monkeys. You can visit all these animals in the zoo. Or be it with the daily feedings e.g. the polar bear there.

Many of the animals were bred in Berlin. The zoo – but also the zoo and the Berlin aquarium are committed to protecting species worldwide. These institutions are involved in almost two thirds of all international conservation breeding programs.

In the zoo you will find the following animal facilities:

There is also a zoo school in the zoo, which offers organized tours for daycare and school as a learning location, designed according to age and individual wishes. Detailed information for school classes can be found on the website of the Tierpark Berlin.

Other highlights of the Tierpark Berlin

In addition, a petting zoo and a walk-in rabbit paradise make children’s eyes shine. A large playground with numerous water features is a special highlight for the little ones.

Throughout the year there are some seasonal events in the park on certain occasions. These include Easter, Christmas, the animal park festival and various holiday programs for children.

Opening times of the Tierpark Berlin

The opening times vary on individual days e.g. a little for Christmas and New Years. The zoo closes at 2:00 p.m. on December 24th. Before visiting, please inform yourself about the exact opening times on the Tierpark Berlin website.

Tickets for the zoo are available on site. However, we recommend the Berlin WelcomeCard. So you can save up to 50%.

Travel through Berlin at your own pace with your Berlin WelcomeCard (AB or ABC) and benefit from discounts of up to 50% on a variety of sights, including the Berlin Zoo.

There is another zoo in Berlin for all animal and plant fans – the Berlin Zoo in the western part of the city. It is the oldest German zoo and the most biodiverse zoo in the world. It was opened on August 1, 1844 on the edge of the zoo.