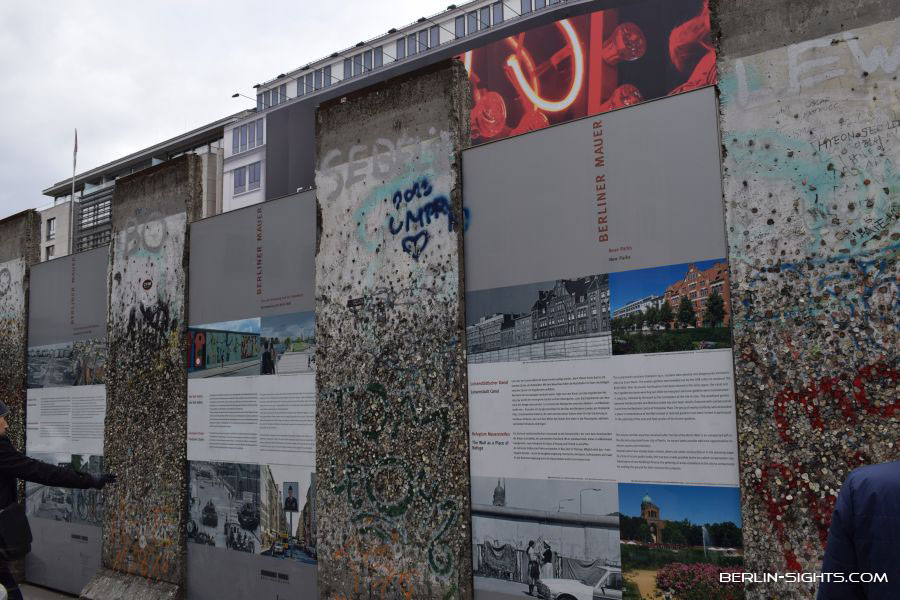 The more than 160 kilometers long Berlin Wall between East and West Berlin stood for more than 28 years and separated the connections in the Greater Berlin area between the east part (“capital of the GDR”) and the west part of the city. Today parts of the wall can still be visited at different locations in Berlin. The Wall is one of the must see memorial sites and Berlin sights. Here you will find information and tickets & tours.

Berlin Wall: symbol of the division of Germany and the Cold War

It is inconceivable for many visitors today, but Berlin has long been divided into East and West. Berlin was divided by a border of around 168 kilometers and a height of between 3.40 and 4.20 m.

1945, after the end of the Second World War, Berlin was divided into four sectors, analogous to Germany as the former imperial capital. From the summer of 1945, the first lines of demarcation were drawn between the zones of occupation, the so-called “zone boundaries”. In the course of the Cold War and due to the different social systems – capitalism on the one hand and communism on the other – there was always conflict between the Western Allies and the Soviet Union. But especially the prevention of flight of trained young people from the Soviet occupation zone and the later GDR was the reason for the construction. Because a total of around 3.5 million people fled from 1945 until construction.

Construction of the Berlin wall

On August 13, 1961, the Wall was built as a border fortification system for the German Democratic Republic (GDR). The so-called “anti-fascist protective wall” was built according to the SED leadership as protection against the threat from the West. The main purpose, however, was to prevent escape from the GDR to the western part.

Already on August 3, 1961, the decision was made in Moscow at a meeting between Khrushchev and Ulbricht. The implementation took place in the night from August 12th to 13th, 1961. That night the GDR, with 5,000 members of the protective police and the People’s Police standby, as well as 4500 members of the company combat groups, began to block the roads and railways to West Berlin.

Since 1960, the shooting order has been in force in cases of “illegal border crossing”. Over 100 people were killed trying to cross the border towards West Berlin. The data fluctuate here. The exact number of fatalities is unknown. However, an estimated 100,000 GDR citizens managed to flee to the West even after the construction. 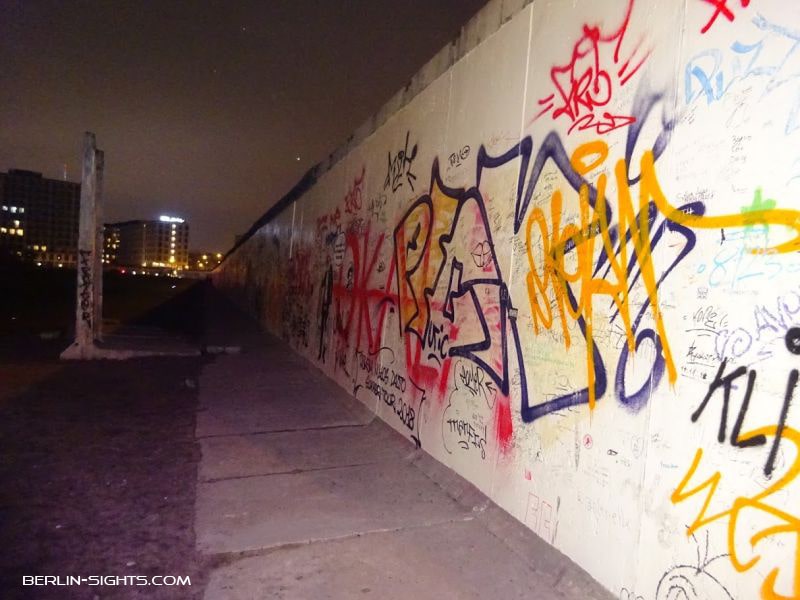 The opening of the Berlin Wall

In the course of the political change, the Wall was opened on the evening of November 9, 1989. As a result, the fall of the Wall also paved the way for the dissolution of the GDR and led to the reunification of Germany.

Today parts of the wall can be visited in Berlin. Among other things in the “Berlin Wall” memorial, which is now the central place of remembrance of the division of Germany.

Other sights that are reminiscent of the Berlin Wall:

Checkpoint Charlie was one of the Berlin border crossings through the Berlin Wall between 1961 and 1990. It was the scene of spectacular escapes from what was then East Berlin.

The East Side Gallery memorial is located in Berlin-Friedrichshain. This permanent open-air gallery on the longest remaining section of the wall can be found in Mühlenstraße between the Ostbahnhof and the Oberbaumbrücke along the Spree. The section has been painted by 118 artists since 1990.

Visiting the outdoor area and the visitor center is free. However, it is worth taking a guided tour to find out more.