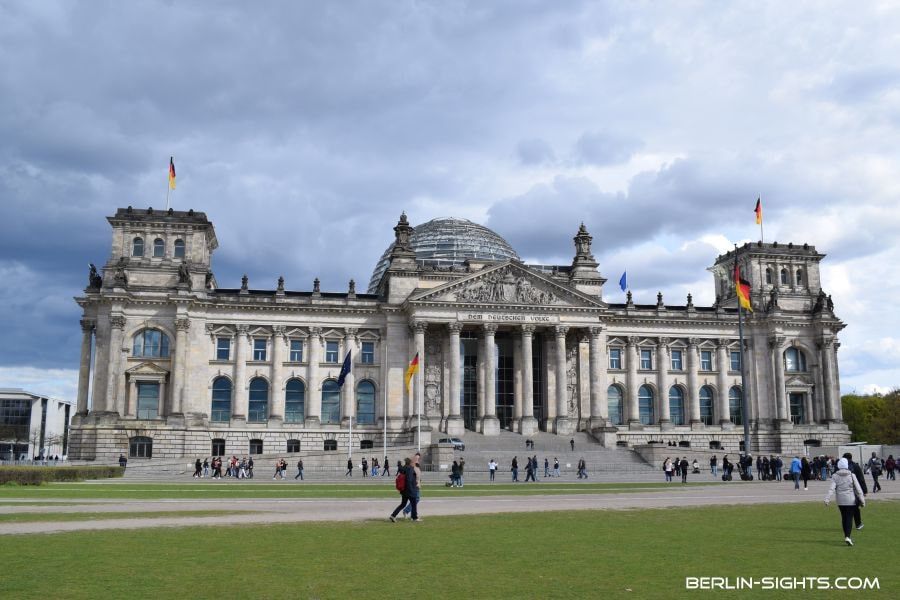 The Reichstag building has been the seat of the German Bundestag since 1999. However, important turning points and events in German history are associated with the building. The SPD politician Philipp Scheidemann proclaimed the republic on November 9, 1918 from the balcony at the west portal, marking the end of the empire. One of the dark chapters is undoubtedly the “Reichstag fire”, which completely destroyed the plenary hall and the dome. This occurred on the evening of February 27, 1933 and only used one – Hitler and the Nazis – who were able to consolidate their power with the help of the Reichstag Fire Ordinance. And the red flag of the Soviet Union as a symbol of the victory over the “Third Reich” on April 30, 1945, which was waved on the building by two Red Army soldiers, is a picture in the history of the Reichstag.

Architecture of the Reichstag building

The Reichstag Berlin was built from 1884 to 1894. This was done according to plans by Paul Wallot. Before that, however, a suitable plot of land and later the choice of the architect and the design were discussed for a long time. In the first competition, in which over a hundred architects took part in 1872, Ludwig Bohnstedt from Gotha still prevailed. However, the decision was revised again due to the long search for land and a new competition was announced in 1882. Paul Wallot from Frankfurt am Main prevailed here. The foundation stone was laid on June 9, 1884.

Wallot’s design combined elements from the Renaissance, Baroque and Classicism. The outer form mainly contained forms of the Italian High Renaissance (Neo-Renaissance). Wallot combined this with some elements of the German Renaissance, with something neo-baroque and a steel and glass construction of the dome that was very modern at the time. Incidentally, there were problems with the implementation of the dome due to plan changes. In the end, their height had to be reduced from 85 to almost 75 meters. In addition, it was given a relatively light, technically sophisticated construction made of steel and glass. By combining the different elements, the building appeared representative and monumental.

After the war, the badly damaged Reichstag could no longer be used. The dome had to be blown up in 1957 for static reasons. A first renovation began in 1957 by Paul Baumgarten. The plenary hall was glazed through Baumgarten. The historical features of the building were pushed back.

A second renovation phase began in 1994. The British architect Sir Norman Foster created his designs, which included a glass dome as the most striking innovation.

The walkable dome on top of it measures 38 meters in diameter and is 23.5 meters high. The 800-tonne structure made of steel and glass has developed into a much-visited attraction and a symbol of Berlin. The 3000 m² of glass used alone has a mass of around 240 tons.

The renovation was completed on April 19, 1999 and the symbolic handover of the keys to the President of the German Bundestag as well as a first plenary session took place.

The gable inscription “Dem Deutschen Volke”, which is still preserved today, was not added until 1916 – 20 years after completion – due to a lively journalistic debate and the rejection by the emperor at the time.

The artist couple Christo and Jeanne-Claude had already propagated the “Wrapped Reichstag” project in 1971. But it was not until the summer of 1995 that the Reichstag was completely covered for two weeks by a silver-colored tarpaulin measuring around 100,000 square meters. This action made the Reichstag world famous.

Notes: Visiting the dome and roof terrace is only possible with prior registration. Registrations can be made at www.bundestag.de. The Bundestag homepage provides information about the closures of the dome. Or use a guided tour to learn many interesting facts from an experienced guide.